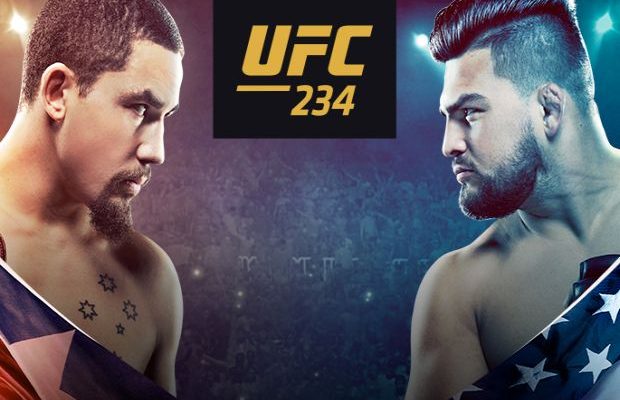 The UFC is a little under four weeks away from heading back to Australian shores with the middleweight title on the line.

Australia’s own Robert Whittaker will defend his title on home soil for the first time against challenger Kelvin Gastelum.

Gastelum is riding a two-fight winning streak with a KO victory over Michael Bisping and a split-decision win over Ronaldo Souza.

Whittaker will be looking forward to the opportunity to test himself against a new opponent after fighting Yoel Romero in his most recent two fights where he won and then defended the title.

Whittaker has been on a winning streak since 2014 where he has racked up nine straight victories after moving up to the middleweight division from welterweight where he started his career.

Silva is the most successful middleweight of all time having defended the title a record of 10 times between 2007-2012. Silva also holds the record for most successive victories in UFC history with 16 wins.

While many consider Silva to be the greatest fighter of all time, he has only won one fight in his last six and is forty-three years old.

Adesanya burst into the UFC in Perth last year and went on to win 4 fights in 2018.

Undefeated in 15 fights, Adesanya won Breakthrough Fighter of the Year with several media outlets and has been touted to challenge for the UFC middleweight title should he defeat Silva in February.

In other bouts featuring locals, Jimmy Crute will make his second UFC appearance against Ryan Spann and Nadia Kassem will return after a year hiatus against Montana De La Rosa. Kassem’s Australian Top Team teammate Alex Gorgees is also expected to feature on the card.

Kai Kara-France and Shane Young will bolster the Kiwi contingent as they both look to continue the momentum of Auckland’s City Kickboxing into 2019.

In total, ten fights have been announced for the card which takes place at the Rod Laver Arena in Melbourne on February 10 (AEST).

While more fights are expected to be announced, the official bout order has not yet been confirmed.