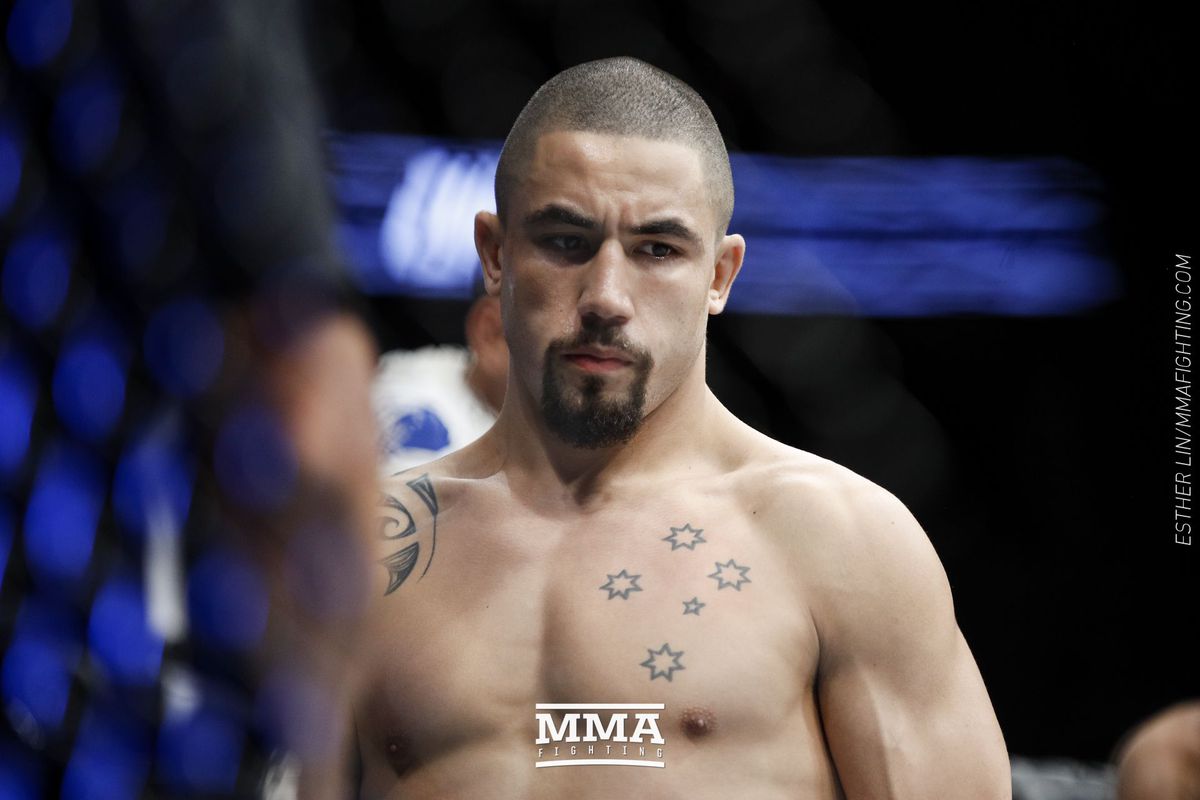 Australian Robert Whittaker admits Paulo Costa’s withdrawal from their UFC middleweight showdown “played with his OCD” but says that he has since reconciled himself to the change and is primed for a physical encounter with replacement Kelvin Gastelum.

Whittaker (22-5) also says he has a couple of things “up his sleeve” should a middleweight title rematch with Israel Adesanya take place later this year, once the New Zealander reveals his future plans following his light heavyweight loss to Jan Blachowicz earlier this month.

In what could be described as a twist of fate, Whittaker and Gastelum (16-6) will finally face off just over two years after they were originally scheduled to fight for the middleweight strap at UFC 234 in Melbourne. Whittaker was forced to withdraw on the eve of the fight due to a hernia injury, which later saw Gastelum front the media with the belt draped over his shoulder.

Whittaker says he didn’t take any offence to that, though Gastelum did look like a “bit of a goose,” and that he is more than ready for a showdown with the American having previously done plenty of southpaw preparation.

“It really plays with my OCD, to begin with, I really hate last-minute changes,” Whittaker told ESPN. “But it is what it is, I’ve done it to enough people to know that these things happen. Once I got over it I started to look at the positives; luckily I’d done work for Gastelum and I’ve had a lot of fights with southpaws, just to adjust to the movement and what I need to do for this fight.

Whittaker has the benefit of having recently fought southpaw Darren Till, a fight he won via unanimous decision, and then following up that win with another strong performance against Jared Cannonier.

The change of styles is a relatively simple adjustment, Whittaker says.

“Everything is opposite, so all the work you were doing for an orthodox [fighter], everything is essentially the opposite,” he said.

“You have to go left instead of the right for his power hand, all of the striking patterns and techniques are the opposite way. It’s a little tricky but I’ve had enough time to reset a lot of my habits that I was developing [for Costa].”

Speaking with ESPN late in 2020, before the Costa fight was announced, Whittaker said he would have fought the Brazilian only for a belt as a title fight was what he had “earned” with the victories over Till and Cannonier.

Of course that didn’t happen with middleweight champion Adesanya’s move up to light heavyweight, meaning Whittaker has to go through another opponent, and maybe more, to run it back with Adesanya.

He says he has been given no guarantees that a win over Gastelum means a rematch with the middleweight champion.

“It’s hard to say, the UFC and Izzy have all the power,” Whittaker said of a second crack at Adesanya. “So I’m just looking at this as it’s how I make a living, this is my job and I love my job, I enjoy making a living providing for my family like this.

“So I’m just going to do my thing, I’m going to work hard, earn my money, and then I’m going to enjoy time with my family and the lifestyle that it provides me.”

As for whether Blachowicz exposed any weaknesses in the previously impervious Adesanya repertoire, Whittaker hinted he might have seen something.

“Perhaps, perhaps, it’s very hard to adapt the plans without [Blachowicz’s] power,” he told ESPN. “But we’ve got to wait and see how Izzy comes back down to middleweight; I’ve got a couple of things up my sleeve I’m looking to try next time we cross paths, so we’ll wait and see.”

The Australian’s immediate focus is Gastelum, whom he thinks was heavily impacted by a five-round slugfest with Adesanya, a defeat that then saw the American drop his next two fights.

“He’s had some tough fights and fights like that take it out of you, so it’s one of those things,” Whittaker said. “I’m sure his last win has bolstered his confidence, but I know for a fact that wars are like that, they take it out of you.”