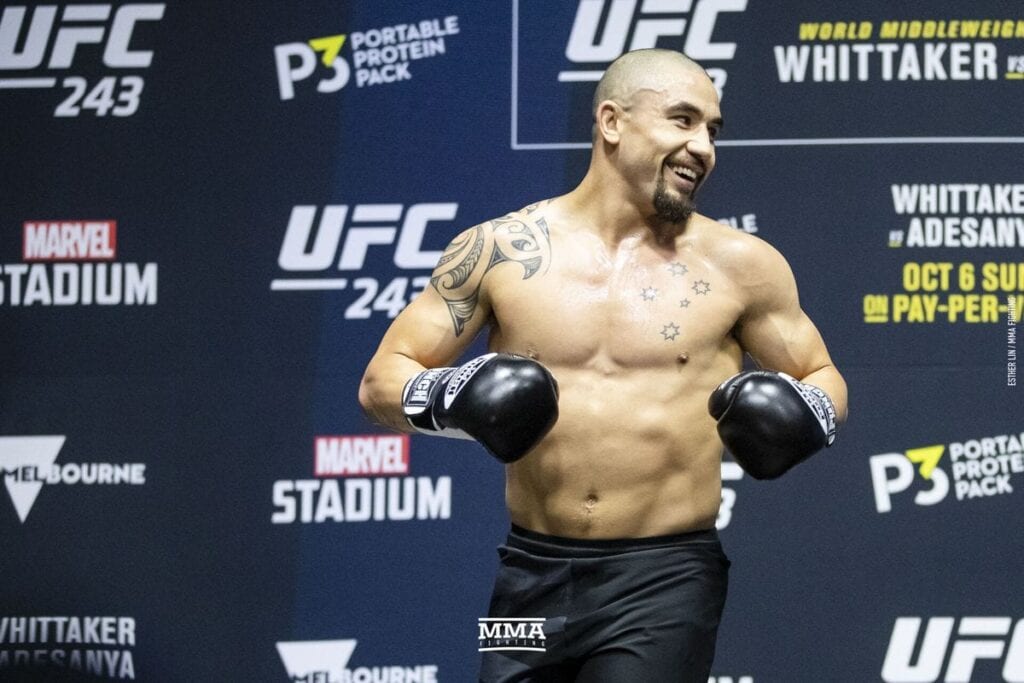 Robert Whittaker is confident he will beat Kelvin Gastelum on April 17.

Whittaker and Gastelum were supposed to fight at UFC 234 for Whittaker’s middleweight title. But, on the day of the event, the champ was forced out of the bout. Now, in the main event of UFC Vegas 24, Gastelum is stepping up on short notice to face Whittaker.

Entering the fight, Whittaker has said he’s approaching this fight like Gastelum will be the toughest opponent of his career. However, the former champ is confident in his skill set that he will overwhelm Gastelum and finish him in the second.

“I think I’m going to be too much for him,” Whittaker told MMA Junkie. “My striking is too crisp. I think it’s too fast. I think I’ve got too many weapons. He may try to take me down a couple of times and I only think it’ll work to his detriment because it’s a five-round fight and wrestling takes it out of you.

If the Aussie does finish Gastelum it would be a massive win for Whittaker. He would likely earn a much-desired rematch against Adesanya and get a chance to reclaim his belt he held from 2017 to 2019.