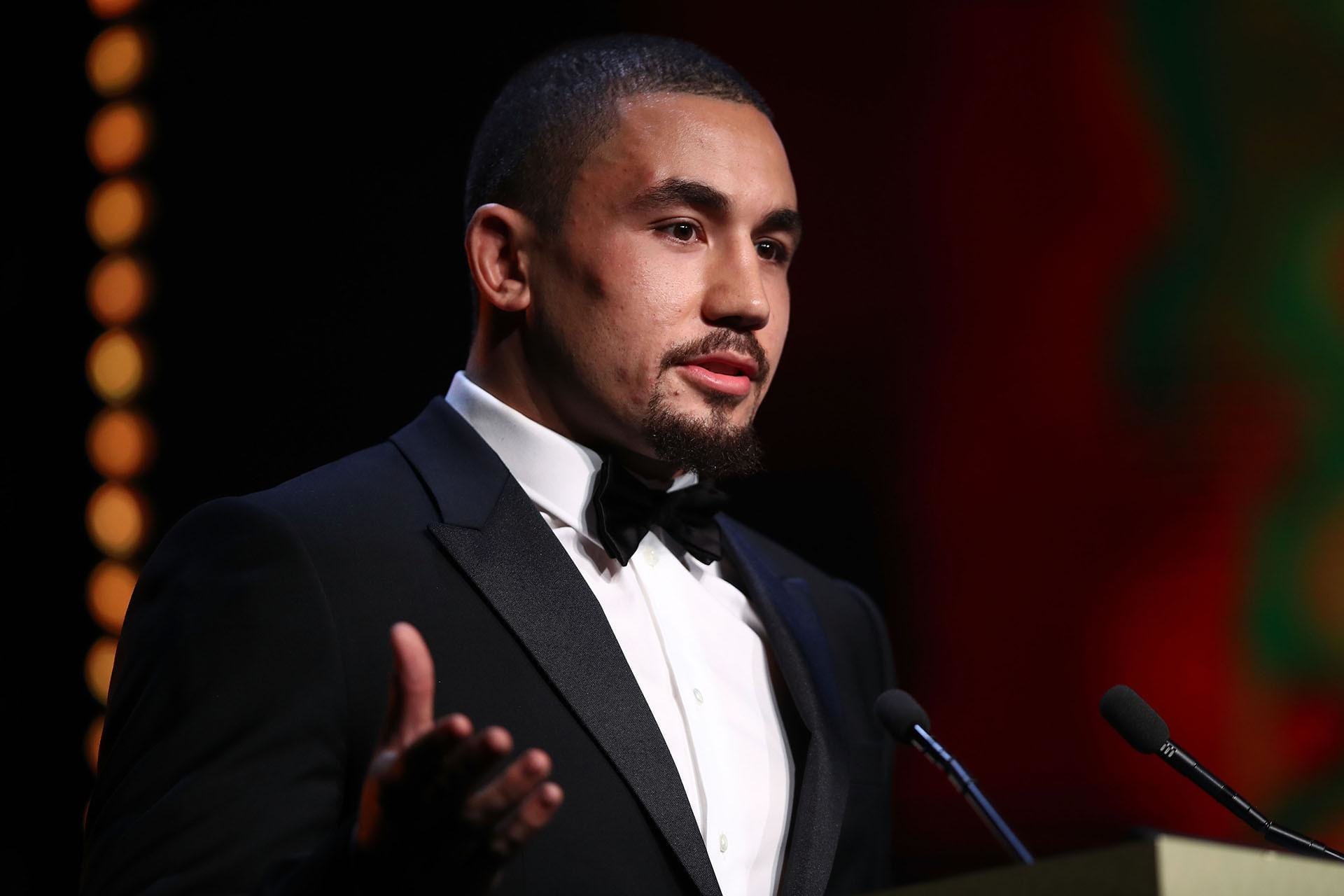 ROBERT WHITTAKER HAS BEEN ANNOUNCED AS THE SPORTSMAN OF THE YEAR, IN ASSOCIATION WITH THE STAR, AT THE GQ MEN OF THE YEAR AWARDS IN AUSTRALIA.

s a reigning UFC champion, Robert Whittaker could largely be considered one of the most dangerous men on the planet. The New Zealand-born boy from Menai, turned into the man they call The Reaper. It all sounds so familiar, so intimidating, so UFC, so to speak. But as Whittaker took to the stage to accept his GQ Sportsman Of The Year award tonight, nothing could be further from the truth. As it turns out, one of the planet’s most dangerous men is one we can all look up to.

The last 2 years have been the time in which Whittaker, long seen as one of the UFC’s great talents, finally claimed his place in the UFC’s undisputed Pantheon. It was in Las Vegas, at UFC 213, where he defeated Yoel Romero for the UFC Interim Middleweight Championship. Shortly after, following Georges St. Pierre’s retirement from the sport, he was promoted to Undisputed Champion. Almost a year after his first title victory, he defeated Romero again, sending a dominant message to any future challengers.

Of course, the UFC is a sport that’s naturally filled with guys who are the antithesis of what you’d normally call a gentleman. It’s a traveling circus of braggadocio, ego and trash talking, however this is something that Whittaker has long avoided. “I’m the type of fighter that goes into every fight with no ill will towards my opponent,” he’s told us in the past. “I’m an athlete first and foremost and I love the sport.”

Whittaker carries this attitude into his personal life, and is by no means afraid of the fact that his status as a prominent athlete also makes him by default a role model to his community. From visiting remote Indigenous communities in rural NSW to holding clinics at his own gym in Sydney’s South West, in his own words, he seeks nothing more than to be a role model to men in general. If that doesn’t qualify you for the GQ Sportsman Of The Year award, we don’t know what does.

The award was presented to Whittaker by none other than UFC President and global sports luminary Mr Dana White. Of Whittaker, White said, “he is the absolute definition of the word, gentleman. During a time of trash talk and being controversial – he’s the exact opposite of that. I love the fact he lets the work inside the octagon speak for itself.”

Accepting the award with decorum and grace, Australia’s first-ever UFC champion exclaimed, “this is not in the job description! It means a lot to me, to come from where I come from, and to be here tonight among these fine peers.” Whittaker went on to thank White for giving him the opportunity to do what he loves, “and make a living from it.”

The Middleweight Champ shared a poignant anecdote that was charged with the sentiment of the night; redefining masculinity.

“When I started off in my career, how I conducted myself was very important to me. My father instilled within me the concept of integrity – what happens on the field stays on the field. I took that on face value just to make him happy,” said Whittaker. “But I have kids now and I’ve started to realise it’s more than that. It’s about being someone you want your kids to be, and to be proud of. And how you’re going to set an example for them, forever.”

Before stepping off the stage, our Sportsman of the Year aptly summed up the meaning of his award. “It shows me that my actions outside the octagon are just as important as my actions inside.”